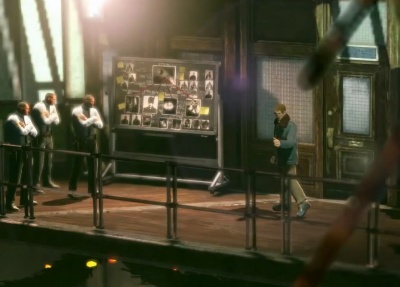 NOTE: In this game it is early in Batman's Career, and James Gordon is just "Captain Gordon". He becomes commissioner later.

Has a Daughter, Barbara Gordon

Commissioner James W. Gordon is one of the few honest cops among the huge corruption inside the GCPD

Note that at the beginning of Batman: Arkham Origins, Batman does not yet have an alliance with Commissioner Gordon, since the game takes place very early in Batman's Career of crime fighting.