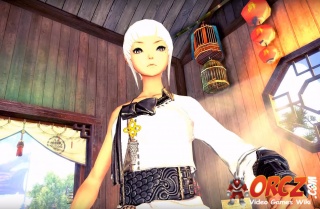 "Chapter 1: Awakenings" is the first quest in BnS

Awakenings is a Campaign Quest in Blade & Soul.

Takes place in the Prologue after a brief cutscene where Dochun rescues you from drowning.

This quest teaches you basic interaction with items and characters.