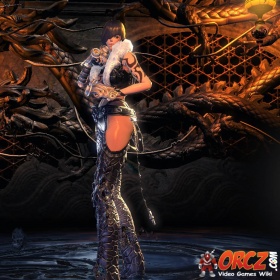 The Yun is one of the Races in BnS

The Yun is a Race in Blade & Soul.

Mysterious and elegant, the Yun inherited the powerful spirit of the Phoenix.

Known for their otherworldly beauty and aptitude in the arts, this all-female race prefers to commune with nature rather than live within the confines of modern, urban society.

As a Yun character, you can pick one of the following classes: