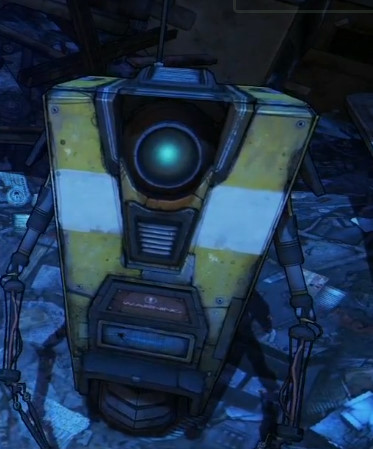 Thanks to Handsome Jack’s destruction of the entire CL4P-TP product line, this little steward bot is the last of his kind. For this reason, he wants Handsome Jack dead just as much as you do! His robotic heart burns with a desire for vengeance, blood, and vindication. And dancing.

Claptrap was originally built by Hyperion

Claptrap is a CL4P-TP Steward bot, but his friends call him Claptrap!

You meet Claptrap shortly after the intro, and he gives you an Echo Communicator