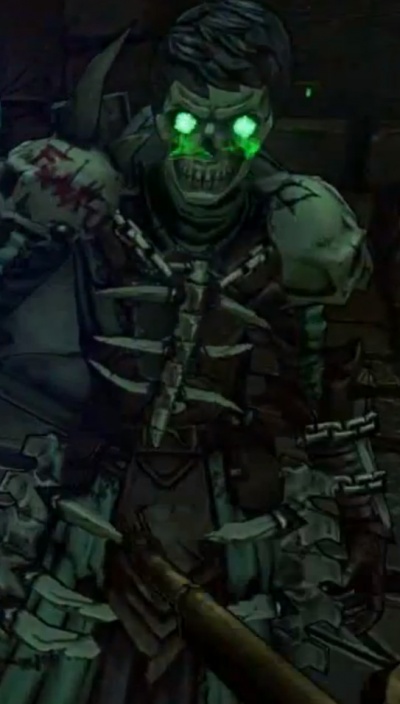 In the Seer's Sanctum you need to side with Edgar to get this objective. You get the first shot on Edgar for free. Make it count with a massive blast to his head with a high power sniper rifle (or just go wild with a Rocket Launcher). He did place the curse on you, even if it wasn't the worst curse he could have thrown.

Once he is hit, he will aggro against both the Vault Hunter(s) and Edgar. He takes flight and starts dropping traps and raising Animated Skeletons