Borderlands 2: Mine All Mine 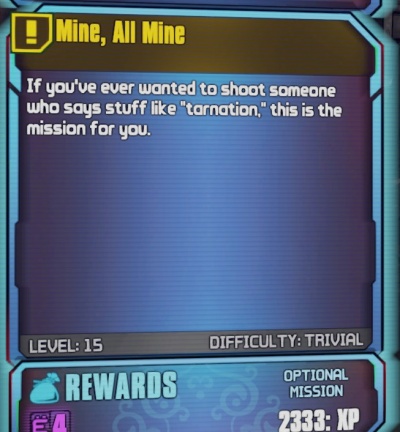 "Mine All Mine" is the side quest in Borderlands 2

Pick up "The Deal"

If you've ever wanted to shoot someone who says stuff like "tarnation," this is the mission for you.

You discovered the bandit miners are selling their Eridium to Hyperion, presumably under the mistaken assumption that Hyperion won't eventually massacre the lot of them and take their money back. If anything, you just helped the miners skip the middle man.