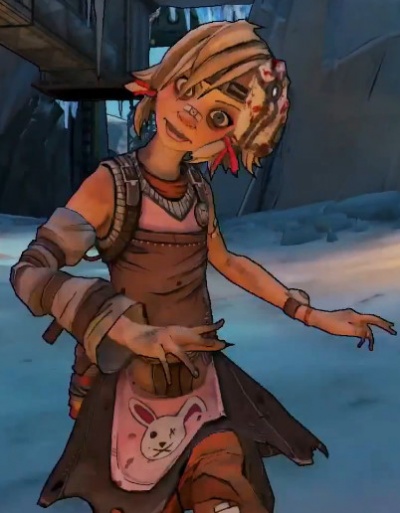 Tiny Tina is an NPC in Borderlands 2.

Tiny Tina has a few missions for you to complete that will give you a bit of money and learn some of her back story. After completing all of her missions she will give you explosives to blow up a train which is part of the main story line.

Tiny Tina's parents were killed by a bandit called Flesh-Stick

She is located inside Tiny Tina's Workshop

You Are Cordially Invited: RSVP

You Are Cordially Invited: Tea Party