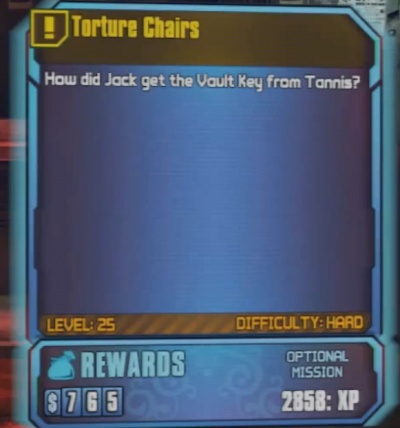 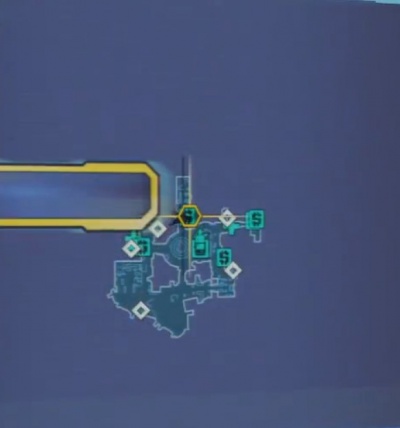 "Torture Chairs" is the side quest in Borderlands 2

Tannis has scattered 5 ECHO Recorders across Sanctuary in a fit of Paranoia. 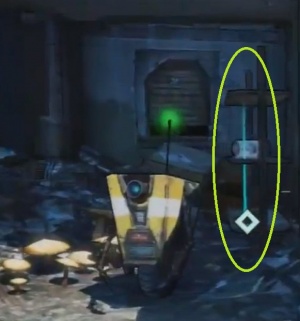 Head over to Claptrap's little shelter by his Super Secret Stash. Look to the right of Claptrap and you will find the ECHO recorder

Go into Dr Zed's office and look behind the small partition opposite the operating table. On the left-hand table you will find the second ECHO recorder.

Head down the stairs to the front of Sanctuary (in front of Scooter's garage. Look at the stack of tires by the entrance to Sanctuary. In front of them you will find another of Tannis's ECHO Recorder.

Head to the front of Moxxxi's from Crazy Earl's. Look in the rubbish heap opposite the door on the right. There you will find the next ECHO Recording

The final ECHO Recorder sits in the dumpster nearby the entrance of Marcus's Gun shop. Look inside the large dumpster on your way to his shop on the left.

How did Jack get the Vault Key from Tannis?

Tannis has received the chronicles of her torture, and all is right with the world.