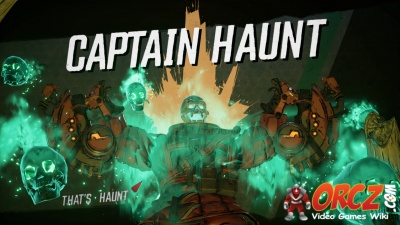 Captain Haunt is a Soldier in Borderlands 3.

The leader of the Undead Forces.