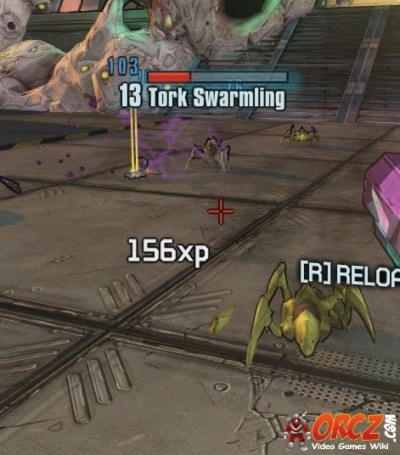 The Tork Swarmling is an enemy in Borderlands: The Pre-Sequel

These are small Torks. They will simply be coming after you to launch themselves at you. They are small and very quick. It can be very difficult to shoot them. Given their general numbers it helps a lot to use butt slams on them or melee attacks. This gets more of them in a single blast.