From Orcz
(Redirected from Breath of the Wild: Bokoblins) 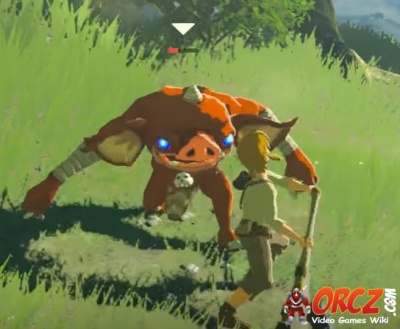 The first bokoblins link encounters will use basic weapons, such as boko clubs, boko spears and occasionally weak swords. They will sometimes carry boko shields, or modified versions of it. They can also use two-handed weapons. Bokoblins further away from the Plateau can use more advanced weapons enhanced with fossil bones.