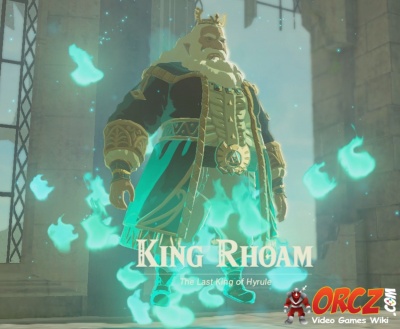 Link talking to the King Rhoam Hyrule in LoZ: BotW.

King Rhoam Hyrule is a character appearing in the game The Legend of Zelda: Breath of the Wild.

King Rhoam Bosphorasmus Hyrule was the last King of Hyrule before Calamity Ganon rose once again and destroyed most of it. He is the father of Princess Zelda.

He is initially designed as the Old Man.