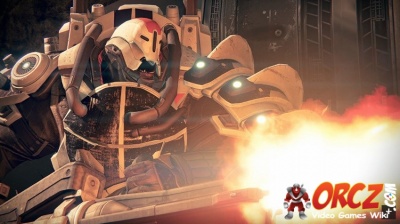 “Centurion” is a rank of Cabal.

"Centurions serve as Cabal field commanders and special ops troops. Their combat skills and leadership are unmatched, and their considerable talent for destruction is enhanced by advanced armor and extreme firepower."

A walking armory is the best way to describe one of these foes. They are meant to slaughter whatever comes in front of them. They will coordinate whatever forces are with them.