Nascent Dawn is a quest in Destiny 2: Warmind. Completing objectives here will give the Guardian Resonate Stems. These you will need later on in the Sleeper Simulant quest. This is part of the quest for the Polaris Lance 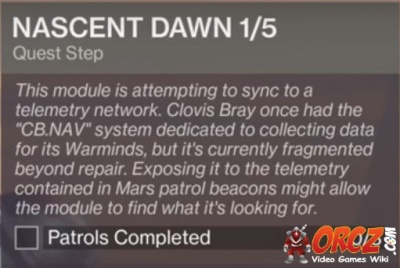 This module is attempting to sync to a telemetery network. Clovis Bray once had the "CB.NAV" system dedicated to collecting data for its Warminds, but it's currently fragmented beyond repair. Exposing it to the telemetry contained in Mars patrol beacons might allow the module to find what it's looking for. 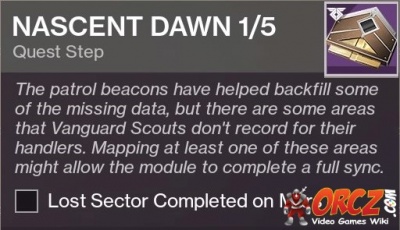 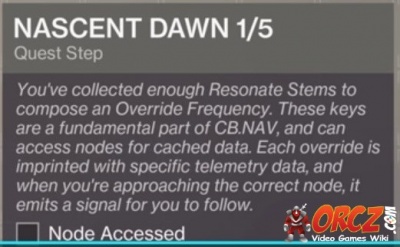 You've collected enough Resonate Stems to compose and Override Frequency. These keys are a fundamental part of the CB.NAV, and can access nodes for cached data. Each override is imprinted with specific telemetry data, and when you're approaching the correct node, it emits a signal for you to follow.