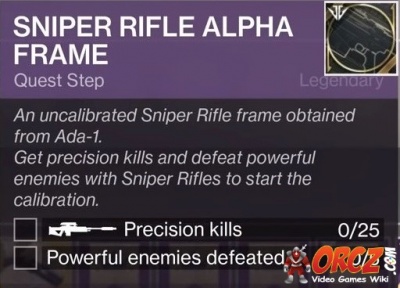 Part of the Gofannon Forge Quest.

Get precision kills and defeat powerful enemies with Sniper Rifles to start the calibration.