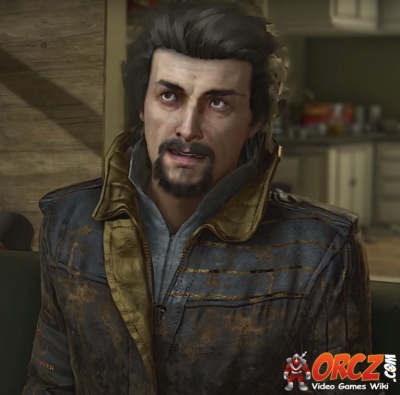 Johnny Gunn is a person in Deus Ex: Mankind Divided.

Johnny Gunn worked for Belltower Associates during the Australian Civil War. He served in New South Wales along side his partners Ghiradelli and Powell before being discharged. When he enlisted, both his arms and legs were replaced with alloy prostheses. Later, more augmentations were added as a result of him being wounded in action. All this was done against his will to make him a more efficient killing machine. This is a fact that he has come to resent a lot. He can no longer feel a number of things that he once treasured in life.

Gunn is still a fairly private person. He will be rude and sarcastic initially when interacting with people. When he opens up to someone though, people see the depression he faces because he no longer feels "natural".