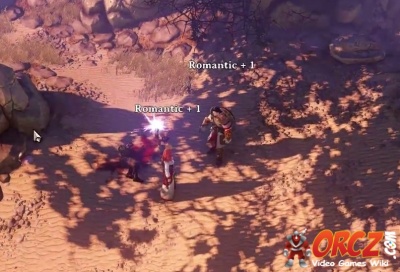 Characters gaining Romantic Trait at the beach near Cyseal in Divinity: Original Sin

Traits consist of continuums on which your character can exist. Each side of a continuum represents a trait that cannot progress without the opposing attribute becoming weaker. By making choices in the game, and by having dual dialogs with the other party members, you will start defining your characters' traits. A trait can have an impact on your character. When you gain a trait, you gain its effect automatically. If you start make decisions that go against that trait, the bar will start moving the other side, and you will lose the opposite trait and its effects. It is possible to have multiple points on each side of the scale. In that case, the trait with the most points wins

Each pair of Traits are mutually exclusive from each other. You are either Altruistic or Egotistical, for example, but you can never have both Traits.