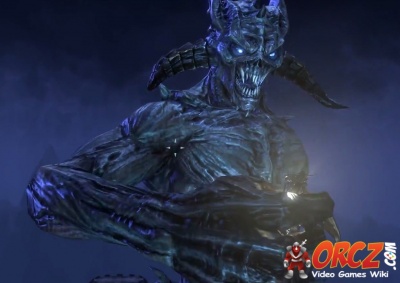 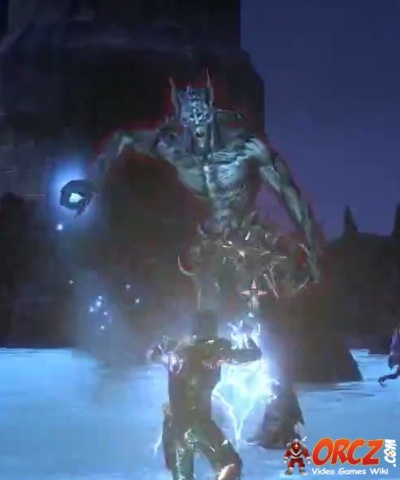 A level 50 Boss in The Elder Scrolls Online

Molag Bal is the final boss of the story line in the The Elder Scrolls Online.

Fire Bolt - Launches a fireball at his target.

Swing - Swings his club at the target. Can be blocked for stun?

Vile Leap - Molag Bal launches himself at his target. He leaps far into the area and comes down with a ripple of energy.

Enraged Pound - Molag Bal raises his club in the air then slams it fiercely into the ground.

Burning Breath - Looses a torrent of fire from his mouth in a cone in front of you.

Pulled Soul Burst - Summons a ball of blue energy (from target). Will break into 3 balls of energy and launch in the Soulless One's general direction.