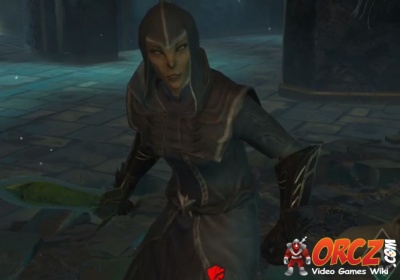 A Thalmor Agent in The Elder Scrolls Blades

Generally hostile, encountered during quests, jobs, and in the Abyss.

Race and gender may vary.