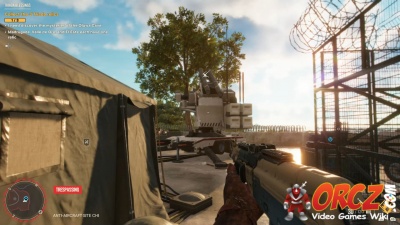 One of the Anti-Aircraft Sites found within La Joya of El Este.