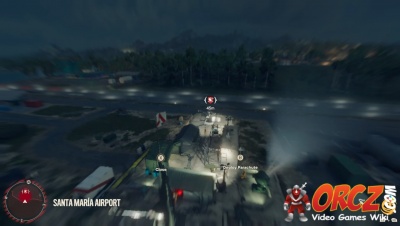 The Anti-Aircraft Site found along the Southern side of Santa Maria Airport.