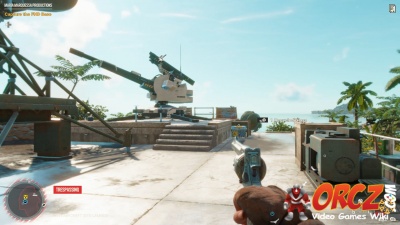 An anti-aircraft site built on the Southern most island within El Este.