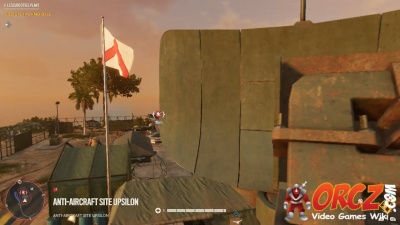 The Anti-Aircraft Site is found in the Northernmost part of Valle de Oro.