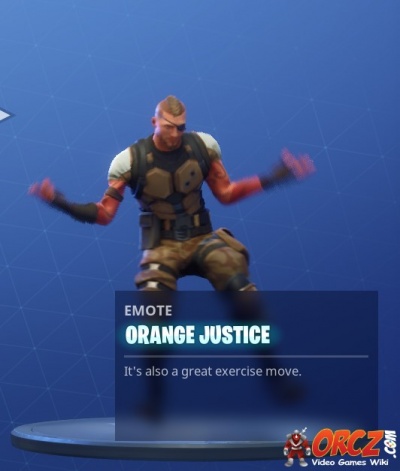 Orange Justice is the name of one of the Emotes in Fortnite Battle Royale.

"It's also a great exercise move." Every body do it at school

The Orange Justice emote is unlocked at tier 26 of the Free Pass of Season 4. 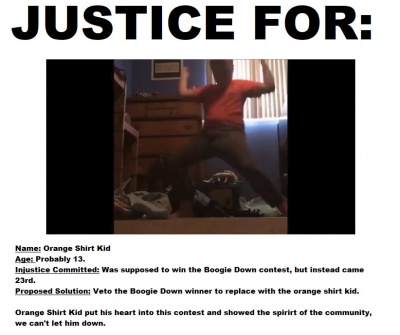