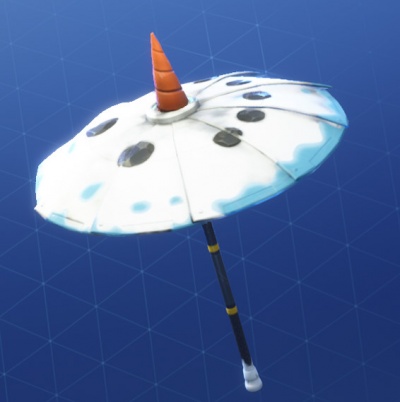 The Snowfall is a type of Umbrella in Fortnite Battle Royale.

This Umbrella skin is a reward for winning the game (Victory Royale) during Season 7.

You can equip it in the Locker instead of your Glider.

"The forecast calls for Victory Royale in Season 7"

This Umbrella is a snowman themed umbrella with a face made from rocks and nose made out of carrot.