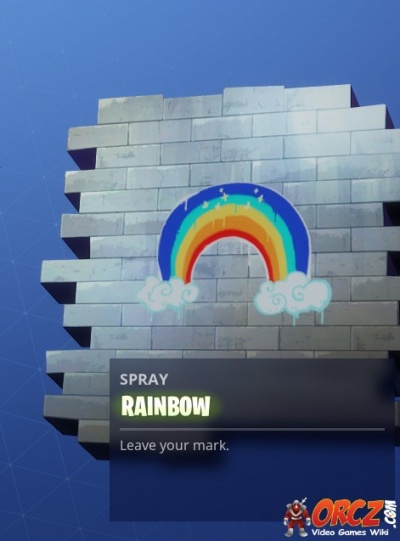 Rainbow is a Spray you can unlock in Season 4 in Fortnite Battle Royale.

A graffiti consisting of a rainbow emerging from two clouds.

The Rainbow spray is earned at Tier 10 of the paid Season 4 Battle Pass.

There is also a Rainbow Emoticon, unlocked at tier 42, that uses the same graphic.