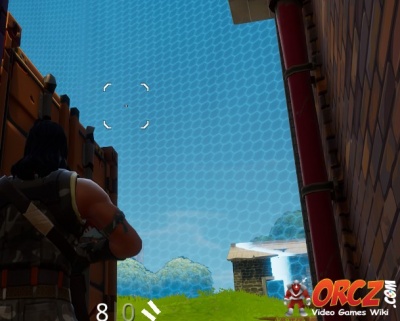 The Storm approaching the player in Fortnite BR.

Storm Eye is a gameplay mechanic in Fortnite Battle Royale.

It is meant to keep the game flowing and prevent people from just hiding in the edge of the map the entire match.

Your goal is to stay inside the eye of the storm.

The storm forms over the entire map, EXCEPT in that specified section

The eye of the storm keeps shrinking.

There are two phases for this shrinking, each with its own timer:

First, the map marks the area in which the storm eye shrinks to

If you get caught in the storm, you take damage over time until you die.

Your only possible action is to sprint as fast as you can towards the storm eye.

Here is how this looks on the map: 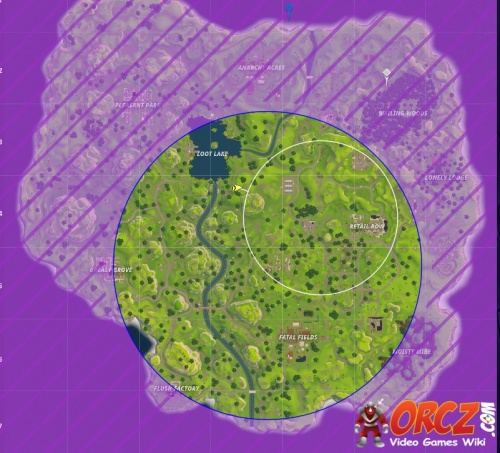 Each time an eye is declared, there is a countdown until it starts shrinking, which takes another amount of time to shrink.

The storm was updated in patch 5.1 and the times were reduces by 30 seconds in the time before the storm starts shrinking.