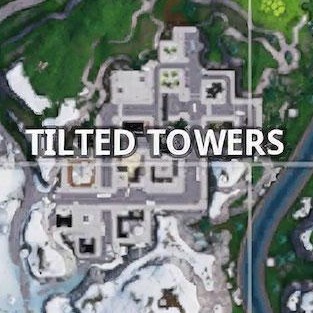 Tilted Towers as it appears on the minimap in Fortnite BR

Tilted Towers is an area in Fortnite Battle Royale.

A town with many high residential buildings and a clocktower. The tall buildings make great places for close quarter combat. Tilted was hit by a small amount of meteors and one destroyed building has a small crater with a few hop rocks in it.

Tilted Towers is located on the west part of the map, just south of Loot Lake. 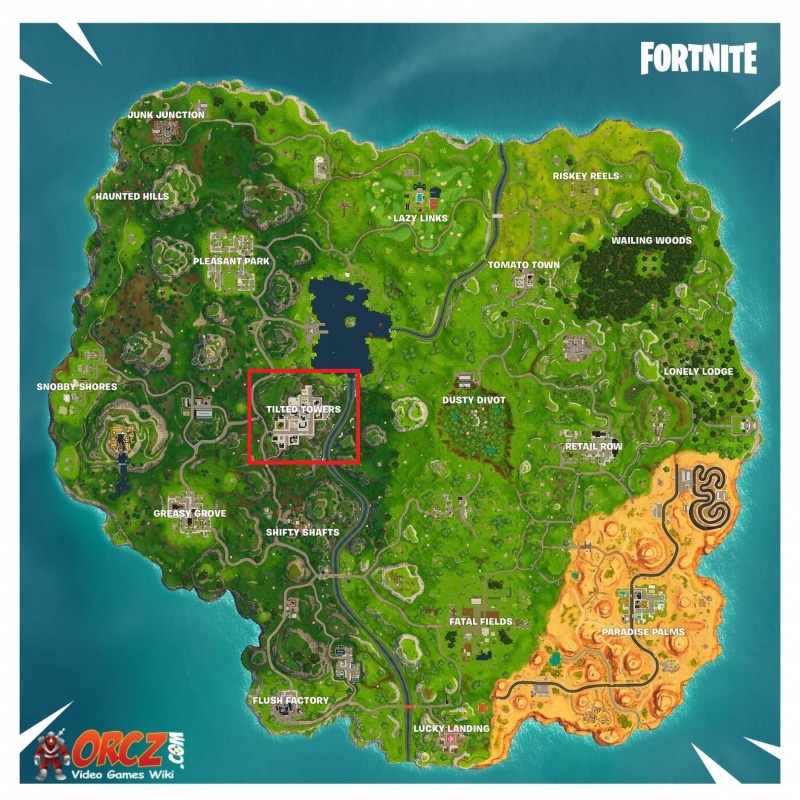