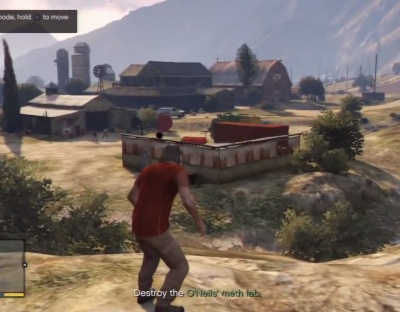 "Destroy the O'Neils' Meth Lab" is an objective in the story mission Crystal Maze in Grand Theft Auto V.

At the top of the slope, you have to deliver the meth to to your location to chef . With a silenced rifle you can get some good headway. Pull out the Silenced Sniper Rifle and pick off the 2 O'Neils at the bottom of the slope, shooting at cans. Now look to the right and over toward the house. There you will see these 2 Guards: 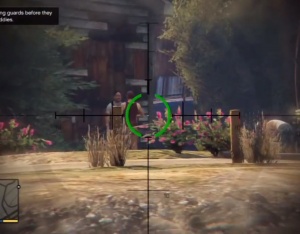 If you line up your shot properly by shifting to the right you can take them both down with a single bullet. You can also pull off the 2 birds 1 stone by lighting up a gas canister you find a little later.

Deal with them, then start advancing on the house. Be sure to keep around the containers and the dump trailer to avoid being seen if you want to go with the stealth approach. After you make it to that stretch of cover be sure to find and take out the lookout who's posted in front of the house. Take a little after that to also pick off the lookout on the second level balcony.

Head for the Northeastern corner of the house next. There you will find a door in. Go to it and listen for a moment. Head in and go over to the right. If you have a knife, you can stealth kill the man by the stairs. Otherwise just shoot him. Here is where things get intense. You can keep with the suppressed weapons and move carefully through the house or just go in guns blazing. If you are going for Gold, stealth is recommended slightly as there is no time limit and damage is a thing. 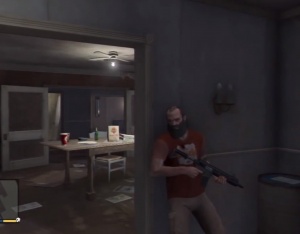 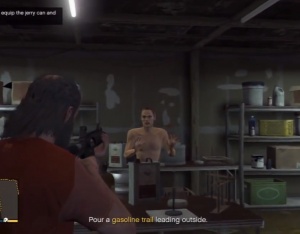