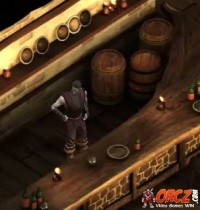 Dengler is an Innkeeper in Pillars of Eternity.

Can be found behind the counter at the tavern of the Dracogen Inn.

You can talk to him to:

The innkeeper digs inside a mug with a dirty rag. His eyes under his thick brows are tired but watchful. He gives you a quick nod as you approach the bar. "Don't see many travelers these days. Somethin' I can do for you?" 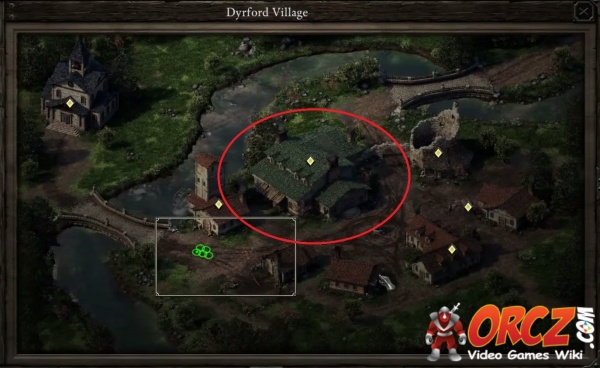 "You want to know more, talk to Rumbald. His farm's southwest of here." 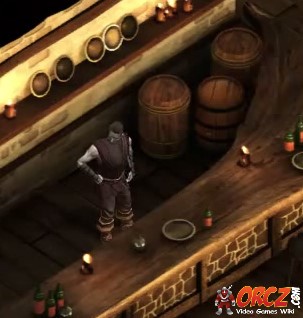 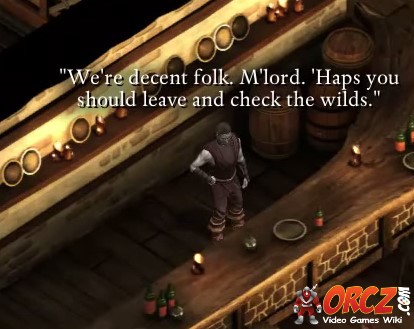 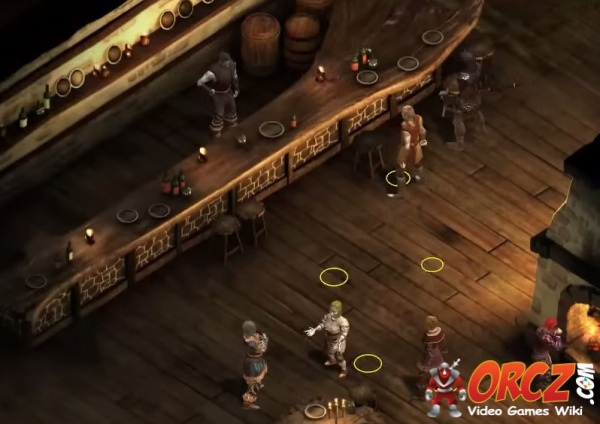