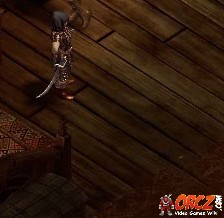 Nyfre is a an Orlan NPC in Pillars of Eternity.

Nyfre be found in Dyrford Village, in a room on the top floor of the Dracogen Inn

Medreth and his people hang out on the other side of the West Bridge, outside the Temple of Berath, and spread the word that Nyfre is a baby killer who murdered numerous children in Defiance Bay. Medreth tries to enlist adventurers to help him track Nyfre and lure her to him.

You will most likely encounter Nyfre while on the task, Cat and Mouse, given to you by Medreth. If you don't have this task when you meet Nyfre, the task will start at that moment.

The orlan hovers by the window, peering out of it every few seconds.

As you enter the room, she watches you carefully, her hand hovering over her stiletto.

She cranes her head to peer behind you. 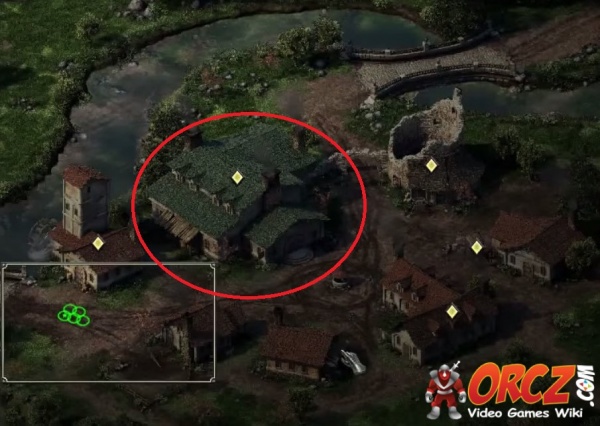 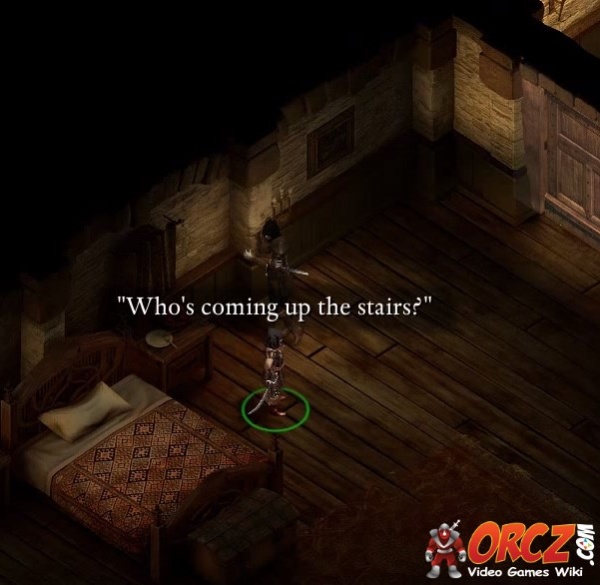 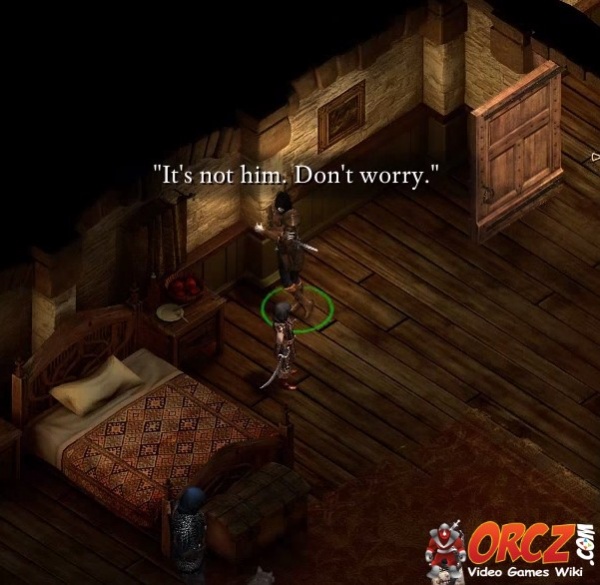