Pillars of Eternity: Voice of the Mountaintop 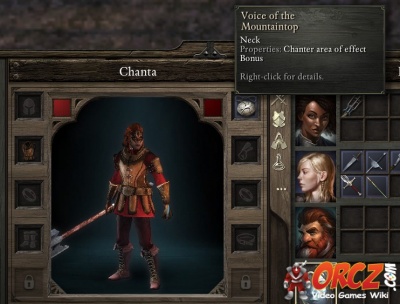 The Voice of the Mountaintop is an Amulet in Pillars of Eternity.

Dwarven chanters of the White March are said to have mastered projection techniques to such a degree that they can trigger distant avalanches with their voices. Whether or not this specific rumor is true, they are known to chant between peaks and across rugged valleys, exchanging messages with their brethren across great distances.

This amulet was forged by an ancient order of druids in the White March, precursors to the Ethik Nol of Twin Elms. It was worn and passed down from one watchman to the next, men and women who stood guard atop the high peaks, ready to warn their fellows of approaching armies. 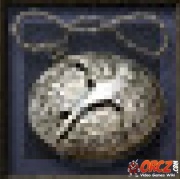 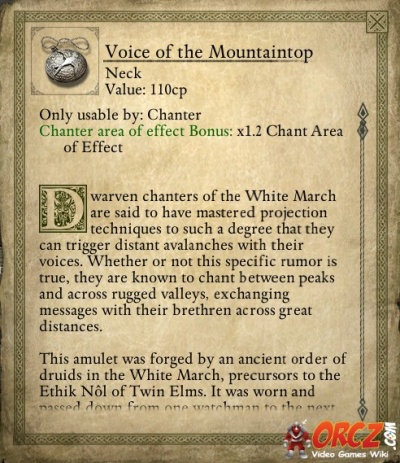 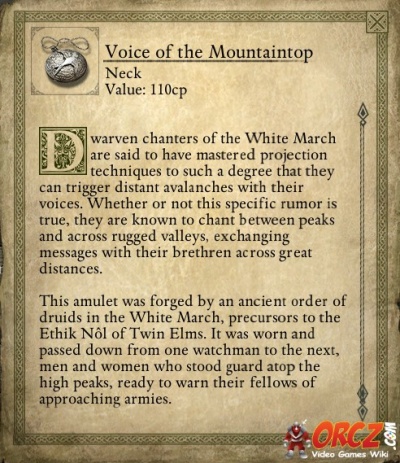 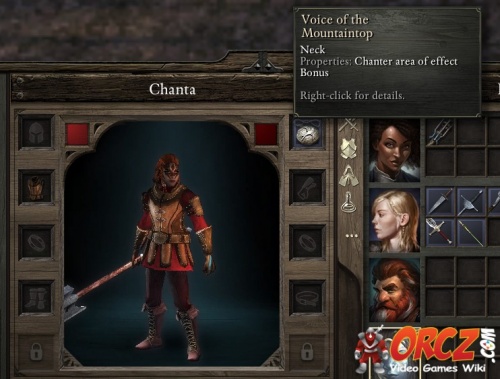