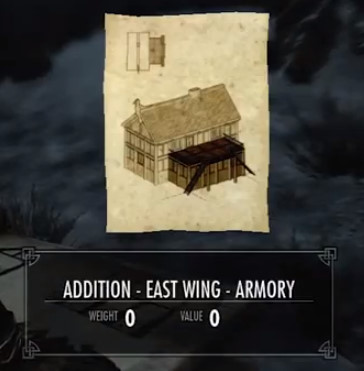 Addition - East Wing - Armory is a schematic in Skyrim: Hearthfire. It is used by the Player Housing system.

Add the East Wing Armory using the Drafting Table. You can only add one East Wing section to a house.

The armory has cases to store and display weapon and armor.