Destroy the Dark Brotherhood! in The Elder Scrolls V: Skyrim.

Complete Innocence Lost and you will be brought to the Abandoned Shack. You will need to kill Astrid instead of the hostage she has there. Attack her while she is on the bookcase. Do not relent while is jumping down. She is vulnerable and cannot retaliate until she lands. Likely you can kill her before she lands or just after that. Loot her body for a full Dark Brotherhood Armor, the Abandoned Shack Key and a Blade of Woe. 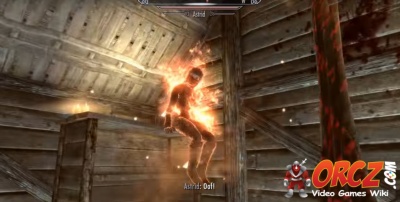 Report Astrid's death to a Guard[edit]

With Astrid dead, head into any town and talk with a Guard about the Dark Brotherhood. You will be directed to Dragon Bridge to speak with Commander Maro. 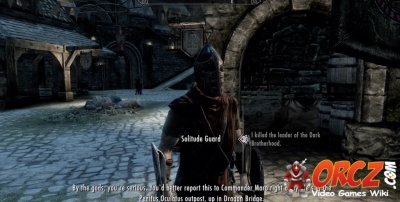 You will find him in the Penitus Oculatus Outpost. Maro will give you other honor of defeating the Dark Brotherhood yourself. 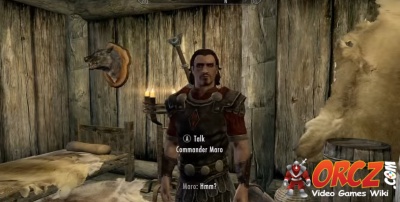 Kill everyone in the Sanctuary![edit]

Go to Dark Brotherhood Sanctuary. You will need to go through and kill everyone inside the Sanctuary. They will all be found in different rooms instead of all in one place. Take your time and eliminate them one at a time. Be sure to head in with a number of health potions and others appropriate for your style.

Go to the door that leads into the Sanctuary. It will ask for a passphrase, the answer is Silence, Brother. Go inside the Sanctuary and it will be time to start eliminating them. 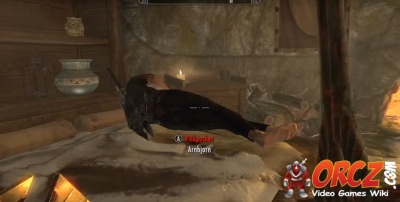 Gabriella can be found nearby the Arcane Enchanter.

Take your time dealing with each of them and keep them separate. Together, they can be a challenge. If you sneak through or just brutally attack them individually, it will make things easier. 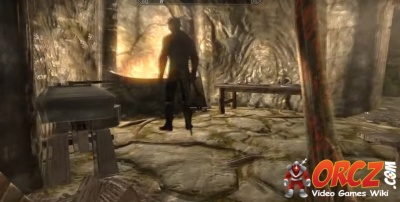 Continue past that to the East, up the stairs. Nazir can be found in this area as well. 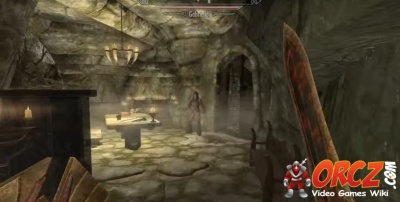 Head to the South to find Festus Krex. 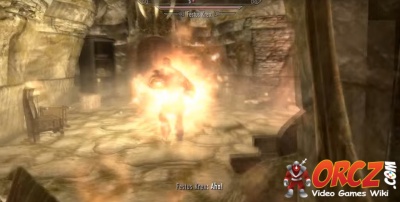 When you have killed everyone, you will be prompted to return to Dragon Bridge.

Report back to Commander Maro[edit]

Return to Dragon Bridge and report to Commander Maro. He will give you 3,000 gold for your efforts. 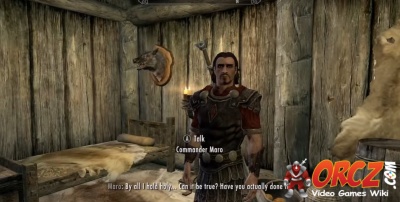