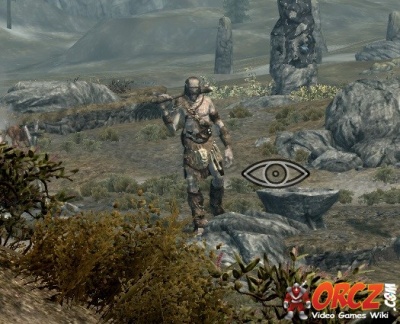 Giant is a foe in The Elder Scrolls V: Skyrim

Giants are tough opponents for a long time. They will stomp on the ground and wave their clubs to warn you away. If you continue to approach them then they will become hostile and attack. They are also very protective of their Mammoths that they raise.

Using ranged attacks and anything that can slow the Giants down is a great idea. They hit extremely hard, being able to one hit kill you most of the game. Try to attack from a height.

If you need to escape from a Giant, head for any body of water. A hostile giant will not enter water.

They can be found herding mammoths across skyrim at very times.