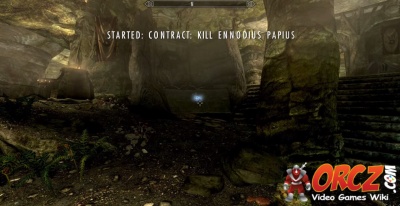 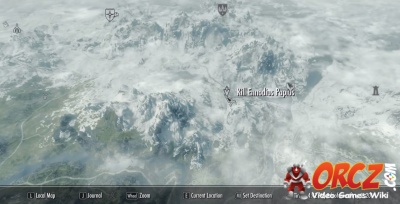 Make your way to Anga's Mill. This is found to the West of Windhelm. 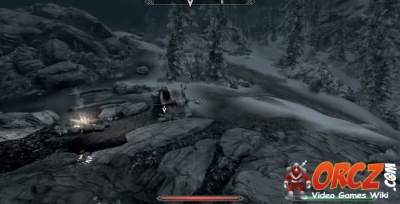 You are looking for Ennodius Papius who has a camp just upstream from the Mill. Head there during the night and he will asleep in his tent. Just kill him and you are done with the contract.