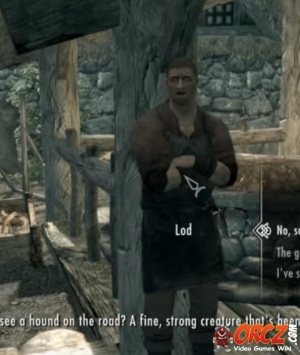 Lod is a Nord NPC in The Elder Scrolls V: Skyrim.

Lod is a Nord Blacksmith in Falkreath. He is a firm supported of the Imperial Legion but shows some loyalty to the Stormcloaks through his devotion of the former Jarl of Falkreath, Dengeir of Stuhn. He is in favor of the Civil War ending sooner than anything, but still helps the Legion by making weapons and armor.