“The Fallen” is the Fourteenth Main Story Quest in The Elder Scrolls V: Skyrim

You get “The Fallen” after completing the quest “Alduin's Bane”.

This quest begins with the Dragonborn seeking Guidance from one of the 3 people available to them: 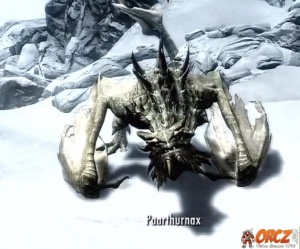 He is the closest source of advice. The Dragonborn needs to know where Alduin has gone to recover. While Paarthurnax doesn't know personally, he will suggest that you get one of Alduin's allies to turn on him. He will reveal to you that Dragonsreach was designed to be able to catch a dragon and hold it. He will then go on to explain how the Palace got its name. 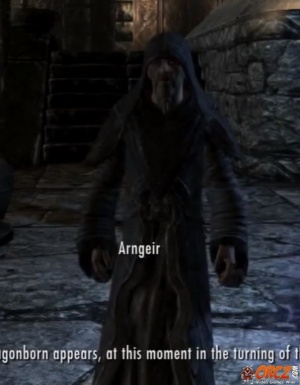 Found in High Hrothgar he will offer advice to the Dragonborn on how to learn where Alduin has gone. He explains that Alduin has gone to Sovngarde to devour the Souls of the Dead. No one knows how he does it though. It's presented then to use Dragonsreach to trap one of Alduin's allies and learn how. That is when the Jarl's cooperation is secured. 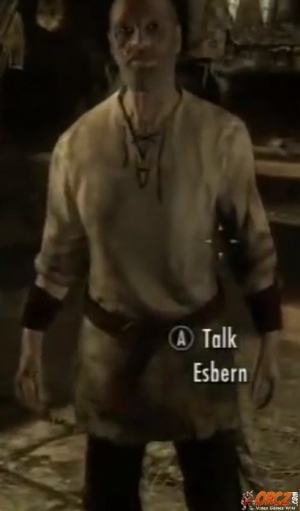 Esbern can be found in the Pavilion of the Sky Haven Temple. He believes that Alduin has returned to Sovngarde to feed on the Souls of the dead. He will return more powerful than ever. It is mentioned that Alduin's Dragon allies might know where the portal to Sovngarde is and Esbern agrees. He will direct the Dragonborn to Dragonsreach as the palace was meant to trap a dragon inside. The problem being that the jarl will needed to be convinced to aid in this endevaor.

Esbern will have more to say. The Blades have learned that the leader of the Greybeards is a dragon. They will now refuse to work with the Dragonborn until Paarthurnax has been slain.

Regardless, the next step for this quest is to head to Dragonsreach. The Jarl depends on the standing of the Civil War. If the Imperials have control or you haven't participated then Jarl Balgruuf the Greater will remain in control. If the Stormcloaks have control of Dragonsreach then you will find Jarl Vignar the Revered. Either way, the Jarl will suggest a peace Council in High Hrothgar as his city would be threatened by outside forces who would not hesitate to attack. This will begin one of the next quest: Seasons Unending.

If the Civil War Quest line has been concluded, the Jarl will simply agree to your request and you move with this quest. Once again you need to seek advice from one of 2 teachers:

He will have been busy with the dragon burial map and the Library in Sky Haven Temple. He has figured out how you can call a dragon.

A creature of ancient arcane lore, he knows the Words of Power.

Either teacher will then give the Dragonborn the words for the Shout: Call Dragon. This shout calls the Dragon: Odahviing. If used before the final preparations of the trap, he will just be out of range of your Shouts. Head for Dragonsreach after that and talk with the Jarl. He will tell you everything is ready. The Dragonborn just needs to call the Dragon. Follow the Jarl up the stairs behind the throne. This will lead to a massive balcony. 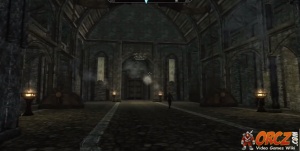 Head to the end of the balcony and use the Call Dragon shout at full power. Just wait after that and your target will appear. It is a good idea to have your Companion waiting in the back part of the area. 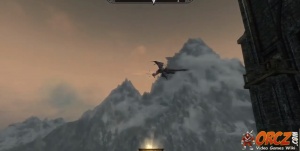 Arm yourself with the Dragonrend shout to bring Odahviing down onto the balcony. Head back toward the door you entered from. This will lure the dragon into the trap that it waiting for him. 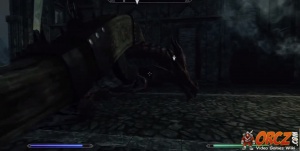 With Odahviing captured it is time to start talking with another dragon. He will reveal where Alduin has gone to feed and regain his strength: Skuldafn. As you finish the conversation it will dawn on Odahviing that you can't fly. He will offer to fly you there in exchange for being set free. Once the agreement is made, it is time to set the dragon free.

Head over to the second floor of this area. Go up the stairs to the East and talk with the Guard there. He will think the Dragonborn is crazy for it. After that you can head over to Odahviing and he will take you to Skuldafn.