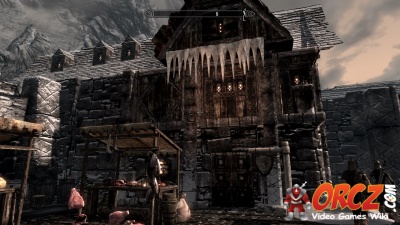 The White Phial in The Elder Scrolls V: Skyrim.

The White Phial is a location in The Elder Scrolls V: Skyrim found in Windhelm

The owner and his apprentice sell a variety of alchemical ingredients. The Illusion skill book: The Black Arts on Trial can be found underneath the counter in the rear.

The shop is named after the legendary The White Phial. Which is said have caught the first snows to fall on the Throat of the World. The owner, Nurelion named his shop after it in hopes of other people searching for the Phial to seek him out. He will ask the Dragonborn to take on this quest for him.

This business can be invested into.