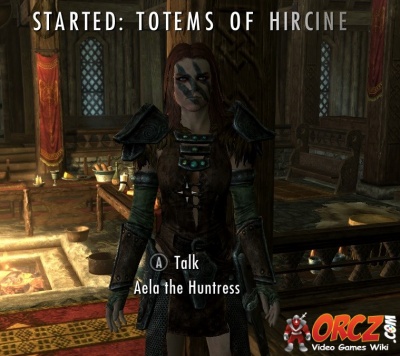 Totems of Hircine in The Elder Scrolls V: Skyrim.

“Totems of Hircine” is a Companions Faction Quest in The Elder Scrolls V: Skyrim

These are totems to the powerful Daedric deity, Hircine of the Hunt. They can be found in animal dens, Warlock lairs or Vampire Lairs. You can find the totem on the body of the boss or in the chest.

There are 3 Werewolf Totems that can be collected. After that, the mission will not longer be available.