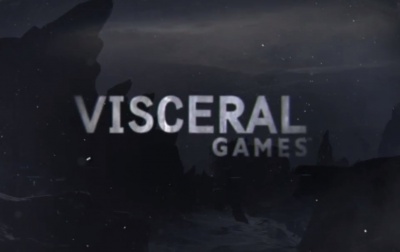 The Visceral logo as seen in Dead Space 3

Visceral Games is the Redwood City, CA based developer of the Dead Space series, as well as several notable EA licensed properties.

Visceral Games was previously known as EA Redwood Shores, but underwent a rebranding following the release of Dead Space and leading into the release of Dante's Inferno.

The company began in 1998 as a splinter of EA's corporate office, which is also located in Redwood City.

The developer began work on the first Dead Space game as a passion project. When they felt ready, they presented it to EA and received the green light to continue development, leading into a sequel and an adaption of Dante's Inferno for consoles.

The road was not without bumps, however, as Glen Schofield, Visceral's Vice President and General Manager, left the company after Dante's Inferno to create Sledgehammer Games in partnership with Activision. His studio was once rumored to be at work on a third-person Call of Duty action title, although supposedly that work has been scrapped in favor of creating map packs for the existing Call of Duty titles.

James Bond 007: Everything or Nothing

The Lord of the Rings: The Return of the King

The Lord of the Rings: The Third Age

James Bond 007: From Russia With Love

The Godfather: The Game

Army of Two: The Devil's Cartel

In the past, Visceral Games has been rumored to be working on the following:

Neither of these have been confirmed or denied, although recently rumors have begun circulating that BioWare is now responsible for the C&C reboot.