Watch Dogs: Bottom of the Eighth 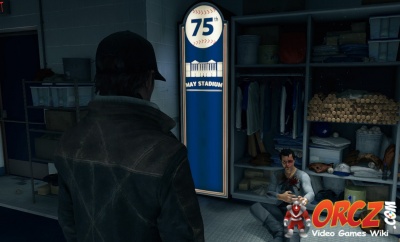 Bottom of the Eighth (Watch_Dogs)

Something goes wrong and someone is able to track them forcing Aiden to flee the scene. A hitman by the name of Maurice Vega is hired to kill Aiden, though he ends up killing his niece, Lena Pearce.

As the game starts, Aiden has tracked down Maurice at the May Stadium in Parker Square and is brutally interrogating him to get information on who hired him.