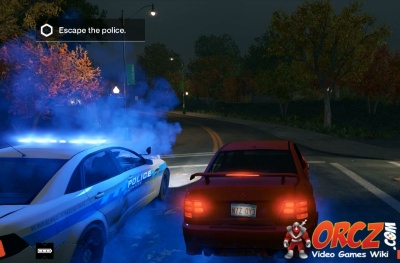 Escape the police in Watch_Dogs

The police first search for you in a circle perimeter marked on the minimap, and if you have not exited the perimeter on time, they will locate you and patrol units will chase you.

So if the police are still in "search mode", try and get out of the circled area as soon as you can! If you manage to get out of the area on time, the search will be called off.

If the police are currently actively pursuing you, and you cannot lose them through "normal" driving, there are some things you can do: