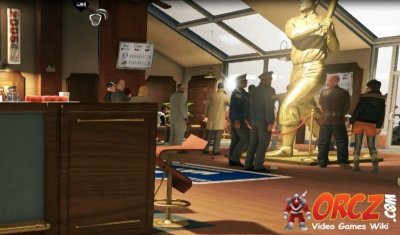 The Upper VIP Lounge of May Stadium in Watch_Dogs

Celebrities and other people who have enough money for a V.I.P. Ticket can watch the ball game from here

There is a lounge where you can sit comfortably, as well as a Bar where the patrons can get a beer or a drink.

Spend some time here with your profiler, profiling all the patrons. You will find many interesting biographies.

There are also some people whom their bank account you can hack and steal money. For example, Bradley Caughlin, director of security for Blume Corporation. You can then withdraw that money from the ATM down the corridor.