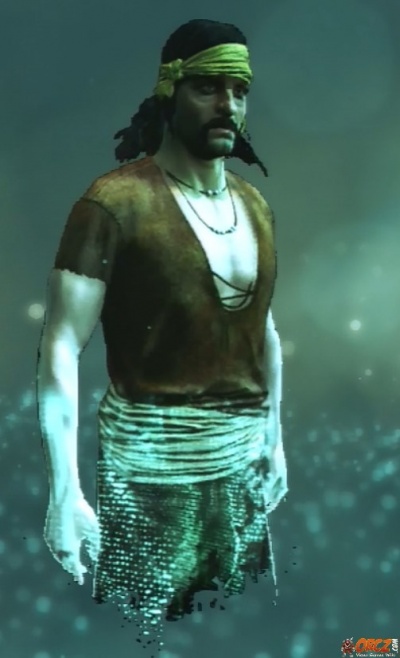 The Sage in AC4 Black Flag

The Sage is a character in Assassin's Creed IV Black Flag.

Abstergo's archives contain a few references to men called "The Sage" or "A Sage", but they are few and far between.

Each citing seems to refer to a different person living in a vastly different time and location.

The earliest example was found on a Sumerian day tablet in cuneiform script, while the latest survives only as a footnote in one of Laureano Torres's own journals, dated January 1704. In all - according to Abstergo’s existing research - seven different "Sages’ seem to have graced the world's stage in the past twelve hundred years. But the real number is likely higher

Perhaps, the strangest aspect connecting each of these various sightings is the fact that in every case, visual descriptions of each Sage are remarkably similar. So similar, in fact that one wouldn't be faulted for assuming they were taking about a single, immortal man. However, in two of the seven citations, explicit mention is made of their death and burial.

Are we therefore dealing with some bizarre form of reincarnation? Or some simpler explanation that eludes us at present? More research is required.