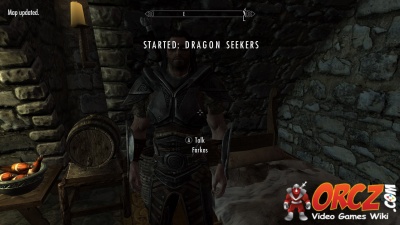 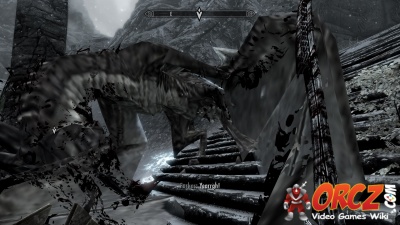 “Dragon Seekers” is a Companion Quest in The Elder Scrolls V: Skyrim. talk with Farkas or Vilkas

When you arrive, you will need to track down the dragon. If you head to the shrine, they will occasionally seem like a statue. If you see something that looks like a dragon, but is not moving, shoot it with an arrow. That will trigger the fight and get the dragon after you. Defeat the dragon with the help of either brother.

Talk with them after the fight to complete the quest.