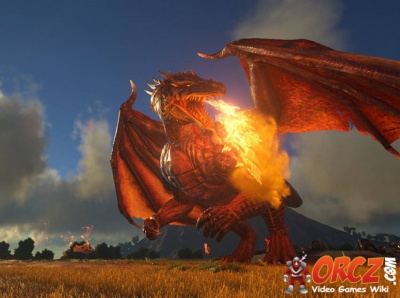 The Dragon is a special Creature in ARK: Survival Evolved

Set to appear at the "Survival of the Fittest: Unnatural Selection" taking place from August 29th to August 31st.

You can tame a dragon, but it is EXTREMELY difficult.

You can ride a dragon once tamed.