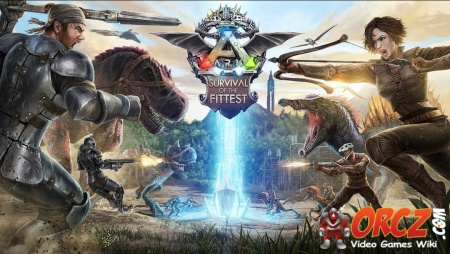 Survival of the Fittest

"Survival of the Fittest" is a new game mode in ARK: Survival Evolved

We are incredibly excited to announce our new battle mode, Survival of the Fittest! This new mode introduces a brand new last man standing, fight-to-the-permadeath contest, designed to create a completely new dynamic in the world of ARK!

On Saturday the 1st of August 2015, this new mode will be debuted worldwide at 12pm PST. We will be hosting the debut tournament, with 35 Teams competing for cash, prizes and the SoTF title! This event will hosted from Twitch headquarters by our very own Kayd “TheRightHand” Hendricks and Twitch’s pro-commentator Alex “Goldenboy” Mendez! They will be casting a live five-hour tournament where thirty five teams will step into the ARK arena to compete in this PvP ‘Hunger-Games’ style deathmatch where the last tribe standing will receive a grand prize of $20,000 along with killer gaming gear from Logitech and Gunnar Optiks!

Contestants begin in a neutral staging area where they can communicate pre-game, strategize, or trash talk. After a count-down, they’ll descend from the sky onto the ARK where they will carry out the dash for goods and fight for their lives.

Be sure to tune in and check out the epic battle!