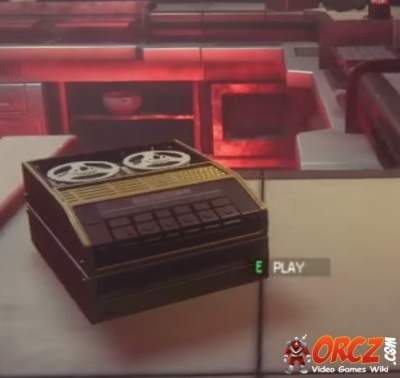 Found on a Tape Recorder in a restaurant near the Cred-Op Amusements arcade center.

This recording mentions riot that occurred in the Sevastopol Spaceflight Terminal and how Marshal Waits handled the riot.

After numerous demands, Marshal Waits finally called a public meeting to address the rumors that have been circulating on Sevastopol. But instead of the answers we wanted, he continued to be evasive and after only a few minutes he and his team were pelted by projectiles from an angry crowd.

A gun was fired, there was panic and now Waits and what's left of his team are forcibly ejecting us from the Terminal. Feels like we're on our own now.