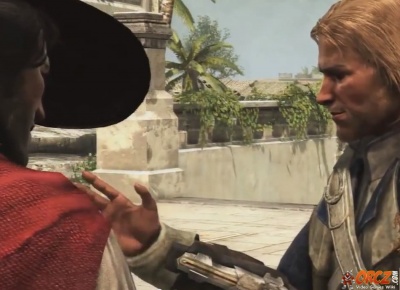 The assassin's weapon of choice.

Every single assassin in the brotherhood has had some variant on the hidden blade tucked away in their sleeve, and Assassin's Creed IV Black Flag's Edward Kenway is no exception.

This hidden blade works similarly as it did before. It pops out from the sleeve and allows for quick stealth takedowns from behind, but is also deadly in heated battle. The blade can counter just as well as any other blade, although the timing is slightly more precise.

You get the Hidden Blades in Sequence 2, during the memory "Mister Walpole, I Presume?"

It is given to Edward by Julien du Casse